Inter Faith Week 2015 ran from 15-21 November across England, Northern Ireland and Wales. This page gives some key facts and information on the Week.

A full list of the activities which took place is available, as well as a Printable PDF.

491 events are known to have taken place to mark Inter Faith Week 2015.

This is an increase of 75 on the 2014 Week, and builds on steady growth over recent years. 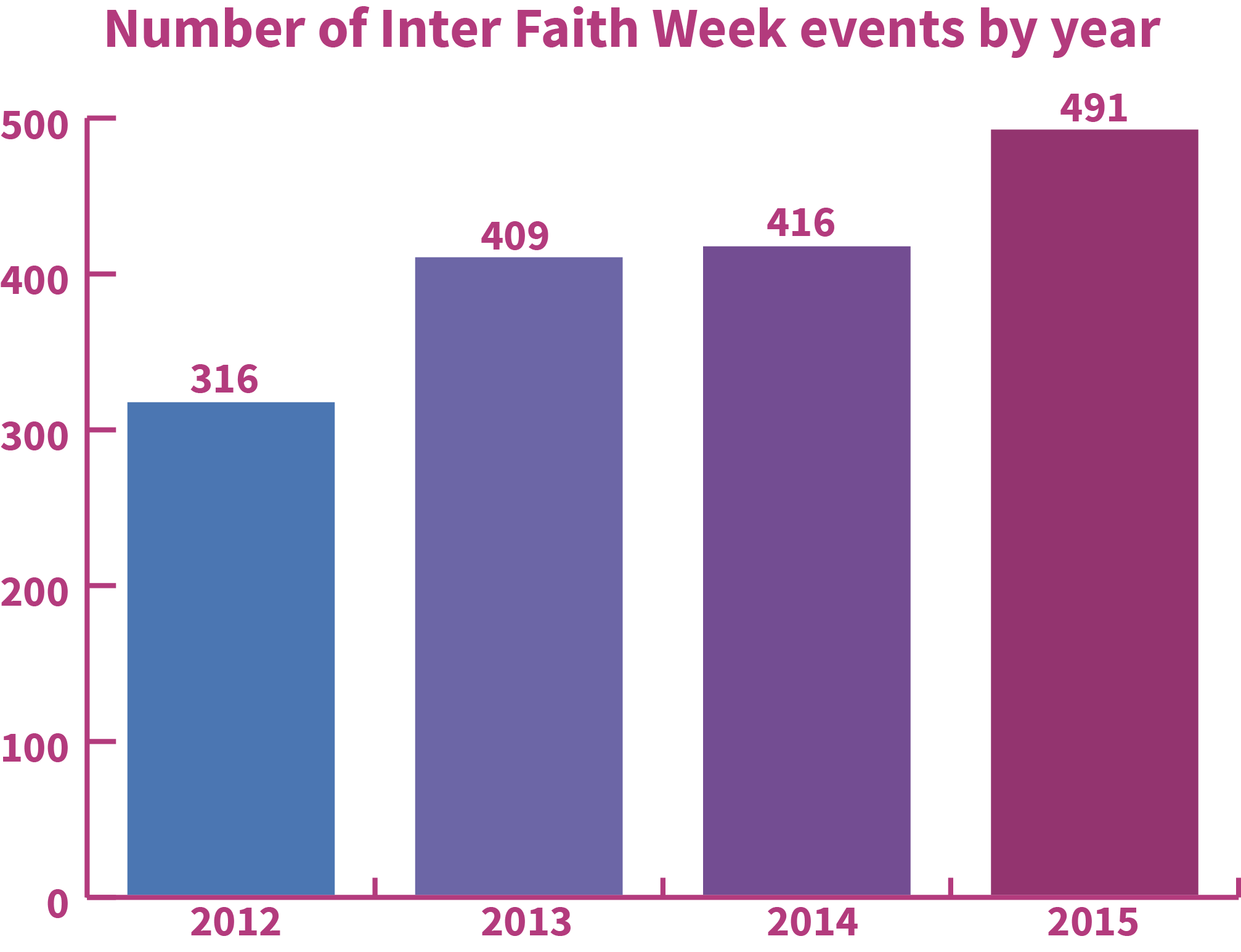 559 bodies reported to have taken part in the Week.

As shown in the chart below, the organisations varied widely in type. This figure only includes named organisations we are certain took part in the organisation of an event/ activity - we know that lots more take part but are not necessarily credited in public materials. 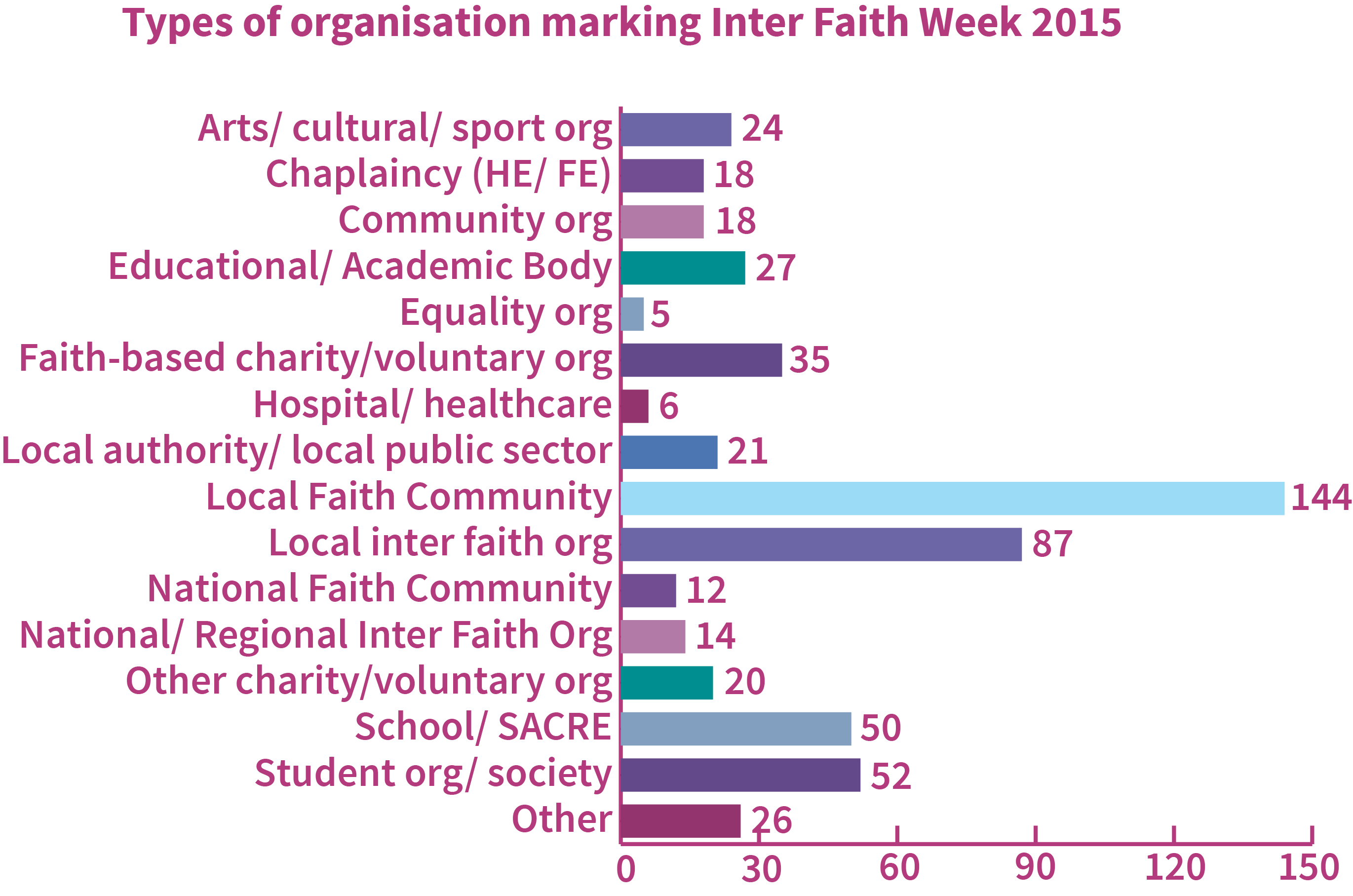 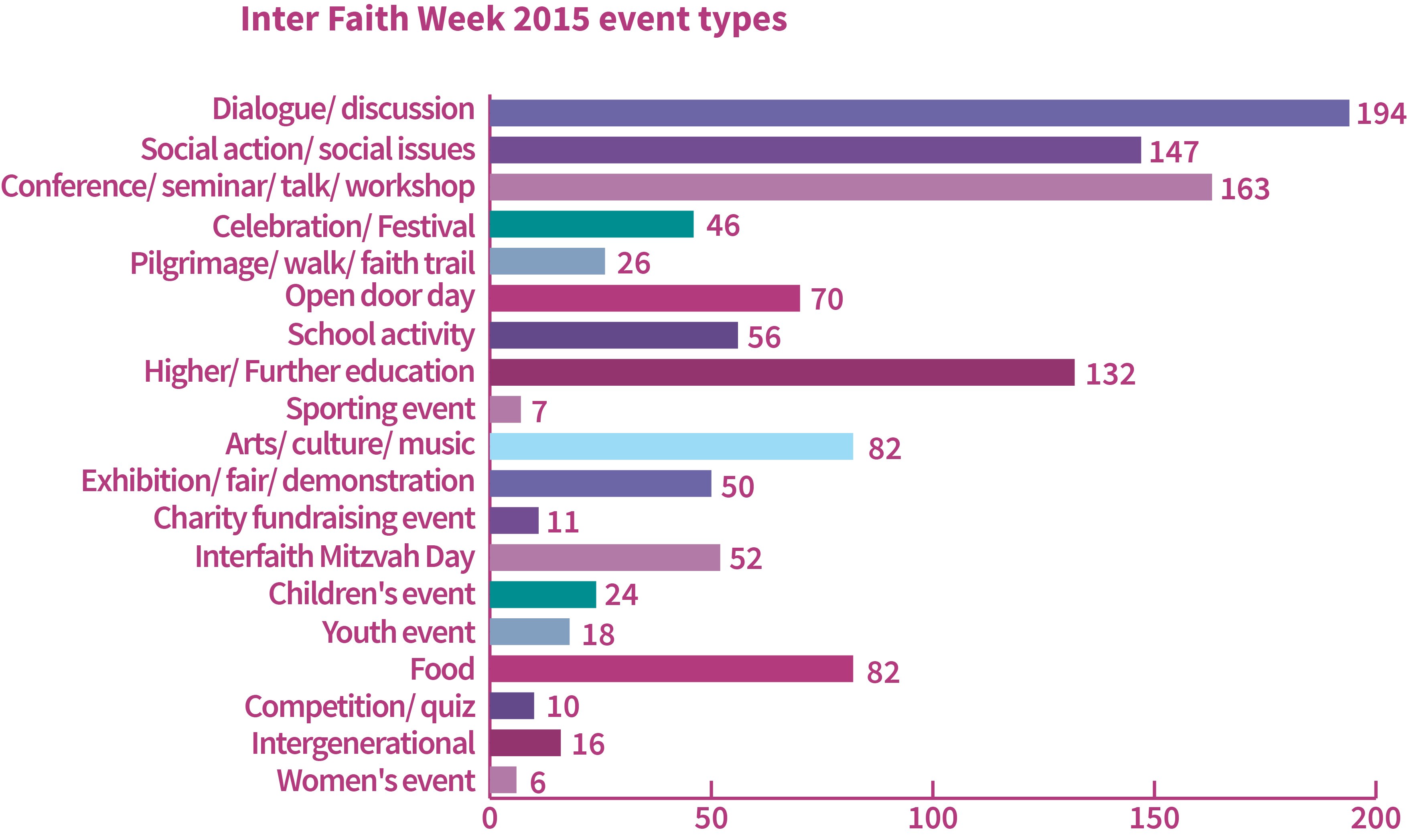 As noted above, you can download a full list of the events which are known to have taken place. (Note that many events fall into multiple categories, so the numbers on the chart will not add up to the total number of events).

We asked event organisers a number of questions about Inter Faith Week 2015, including what the best thing about the 2015 Week was. Here's some of what they said:

“The ethos of shared vision of peace, harmony, and working with inter- generational groups.”

“Being able to provide a learning week which helped to fight further prejudice which has been created after the Paris attacks.”

“Good engagement with people we might not otherwise meet.”

“It is a chance for people to find common ground with people of other faiths who they might not agree with by getting to know them better.”

“For me it was hearing other people's stories especially as our event was focused on LGBT people's experience of their faith and other people's reaction to them etc.”

“It is a great way to promote collaboration and involvement of people who would not normally do anything interfaith.”

To read more of what people said about and during Inter Faith Week 2015, visit the Social Media Review page.