For some of non-religious beliefs the term 'inter faith' can be off-putting; however, it is used inclusively in this context. A number of non-religious groups have taken part since the Week began and there has been dialogue, including through an Inter Faith Network and Humanists UK event during the first Inter Faith Week.

Ideas for non-religious belief groups could include:

These are just a few ideas drawn from participation in the Week and consultation with Humanists UK's Dialogue Officer. 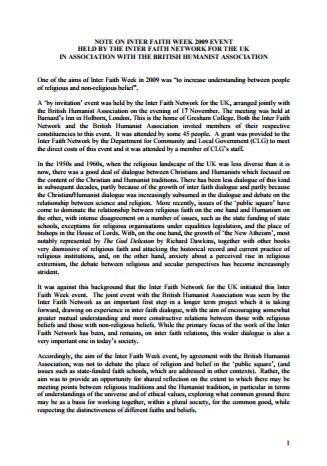 Note on an Inter Faith Week 2009 event held by the Inter Faith Network for the UK in association with the British Humanist Association (now Humanism UK).