Blog from Minister David Bruton, one of IFN’s FCF Moderators

Minister David Bruton is a Moderator of the Inter Faith Network for the UK's Faith Communities Forum, where he represents the Spiritualists' National Union. During Inter Faith Week he visited an interfaith service in Gt Yarmouth.

Minister David Bruton is a Moderator of IFN's Faith Communities Forum, where he represents the Spiritualists' National Union. He visited an Interfaith Service held by the Greater Yarmouth Inter Faith & Belief Network. He says:

"On Friday 15th November I visited Christchurch Centre in Great Yarmouth to take part in an interfaith service for Inter Faith Week. The service was attended by the Mayor and High Sherif and representatives from many faith groups within the town. The service was lead by Rev. Katy Dunn from Christchurch and included a range of readings, music and prayers drawn from different faith communities represented reflecting the theme for the service ’The Brotherhood of Man’.

The Rev Don McAllister the Chair of the Great Yarmouth Interfaith and Belief Group was also in attendance and read an extract from Sikh teachings. The service was well attended and whilst we shared refreshments after the service there was ample opportunity to talk with the congregation and the faith representatives who had been part of the service and create a sense of togetherness fitting of Inter Faith Week." 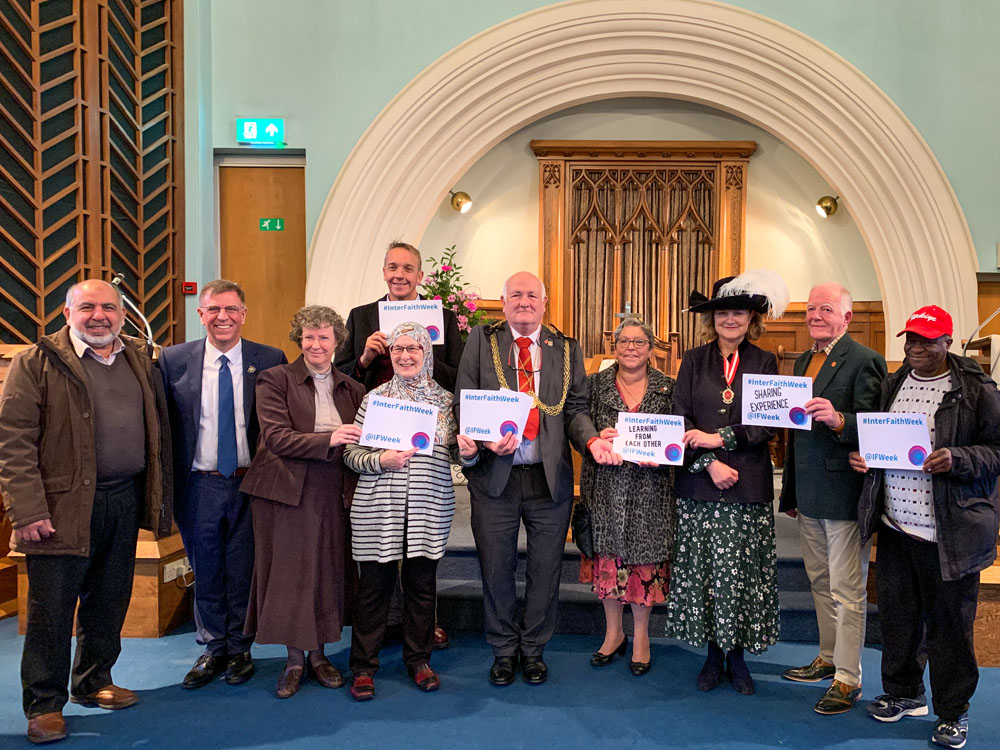