Blog from Malcolm Deboo, one of IFN’s Trustees and FCF Moderators

Malcolm Deboo is Trustee of the Inter Faith Network, and a Moderator of its Faith Communities Forum representing Zoroastrian Trust Funds of Europe. During Inter Faith Week he visited an evening of cultural performances organised by the All Faiths Network.

Malcolm Deboo is a Trustee of IFN, and a Moderator of IFN's Faith Communities Forum, where he represents Zoroastrian Trust Funds of Europe. He visited an evening of inter faith cultural performances held by the All Faiths Network. He says:

“There were addresses of welcome given by Martin Weightman, Director of All Faiths Network and Esther Laveau, Director of Fitzroy House, where the event took place.

I spoke about the vision and mission of IFN and its key role leading on Inter Faith Week over the last decade. In some personal reflections, I underlined the importance for all of us in our multi faith, multi cultural society of becoming more aware about our neighbours and work colleagues’ beliefs so that we can appreciate diversity and continue to strive to live in harmony with people of all faiths and none.

The programme celebrated the richness and variety of different religions, highlighting shared values such as respect and tolerance and such themes as the importance of greater understanding of life and creation.

It was a cold and rainy outside that day, but the event organisers were very hospitable, providing food at the beginning of the evening, which generated a warm atmosphere. Tea and a spread of cakes was laid out after the event, allowing participants to greet and network. 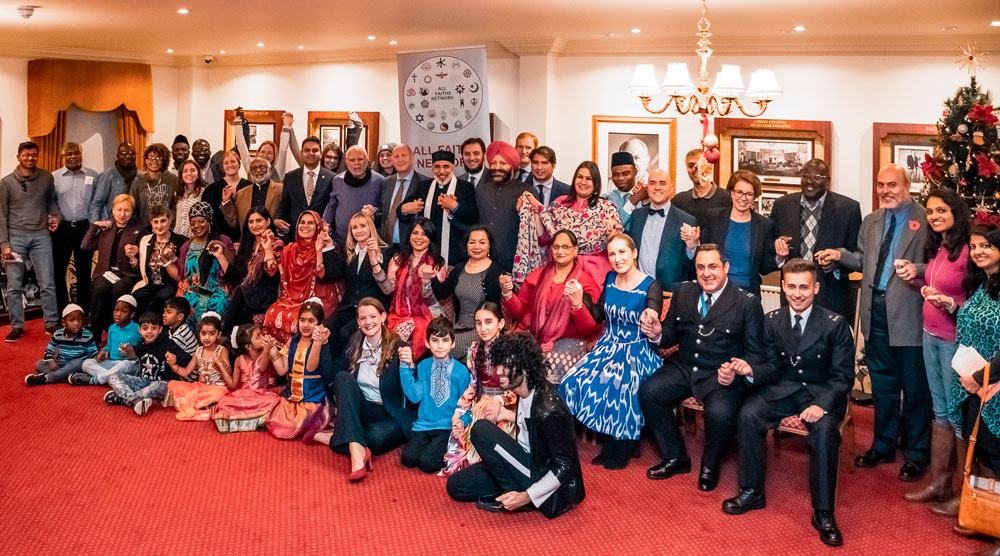