A blog from the Inter Faith Network for the UK's Project Assistant about his experiences of Inter Faith Week 2018.

Inter Faith Week 2018 has been an extraordinary week. So many events have taken place that offered variety and diversity in terms of linking faith and communities to other areas of life, such as: mental health, politics, sports, music and dance, arts and crafts, and cooking.

One of the first events that I had attended was an exhibition inside Kings Cross Station run by Network Rail’s Multi-Faith Network. My colleague David Hampshire and I arrived very early and were happy to assist the organisers with setting up and positioning their banners about the various faiths represented in their work. We were there for two hours from 7am till 9am and, although it was early in the morning, the banners were attracting the attention of passers-by who came and read the messages or stared at them from a distance. That gave the impression that the exhibition had the potential to attract even more people as the day would go on, and to spark the kind of insightful discussions and dialogue about faith which is much needed in society today. 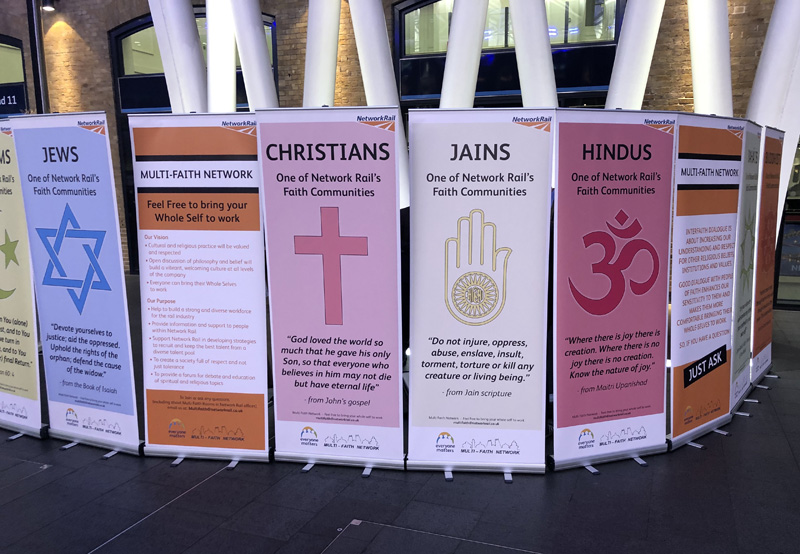 The second Inter Faith Week event I had attended was the Interfaith Youth Summit 2018 run by the Faith and Belief Forum at Amnesty International near Old Street. It was a fascinating evening with various workshops and activities going on. The first interactive workshop I had attended was on ‘Mental Health and Masculinity in Modern Times’ presented by The Delicate Mind. Concepts of mental health were explored as well as personal stories of grief and suicide. The conversation explored what makes men commit suicide, including factors such as: not seeking medical support; not discussing mental health problems with their families or therapists; and pressures of gender identity. Everyone who participated agreed that the current relationships that men have need to be improved and the perception needs to change around them not having problems. That was thought to be one of the first stepping stones to tackling male suicide.

The workshop included a mindfulness session at the end. It involved closing our eyes, breathing in and out, and visualising thoughts of kindness and gratitude in order to relax and release tension and negative emotions. This was perhaps to ensure a calm close following the emotionally challenging and difficult topics discussed during the workshop. 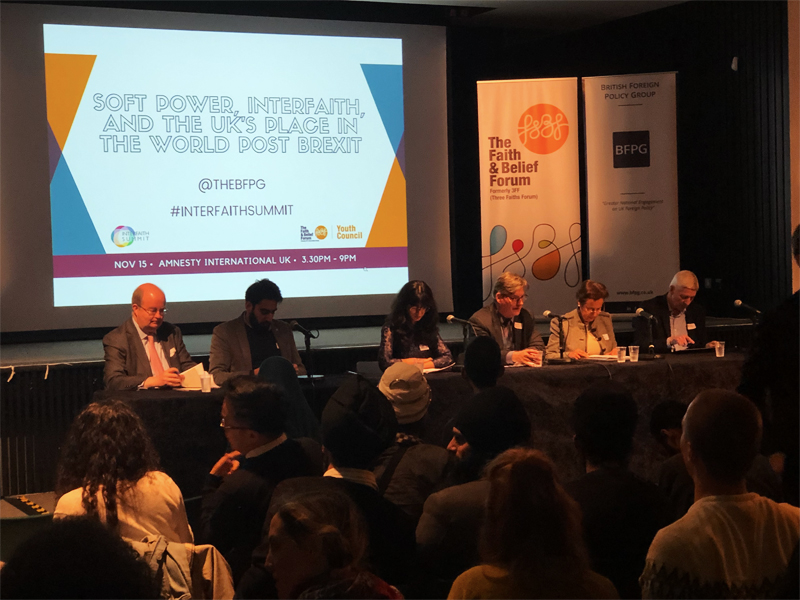 The discussion panel on soft power at the Interfaith Summit

The second workshop I attended at the Faith and Belief Forum’s Interfaith Youth Summit was on ‘Soft Power, Inter Faith, and the UK’s Place in the World Post Brexit’. At this, there was an interactive panel discussing the role of soft power and faith communities in shaping UK foreign policy post Brexit. I learnt that the top three soft power ingredients in Britain are sports (Premier League), education (British Universities), and the British monarchy. It was surprising to discover that the Premier League is the UK’s largest financial asset, making it the biggest soft power in the UK. It brings in millions of pounds to the UK economy and increases tourism.

There was also discussion at the workshop about aspects of integration. On the integration of Muslims in Britain, the Egyptian International, Mohamed Salah, who plays for Liverpool FC, has caused a shift and played a crucial role in changing the perception of Muslims. Because of the impact he has had in the Premier League, you now have Liverpool fans singing that they will visit a mosque. The power of sports and the power of education can bring faith communities together.

On the question of how can the UK raise inter faith work in communities, one of the speakers commented on the exclusive nature of some dialogues and how many people are outside of the conversation, for example, with regards to Brexit. Concerning the place of religion on foreign policy, religious groups can encourage the government to pursue programmes and build links with one another. 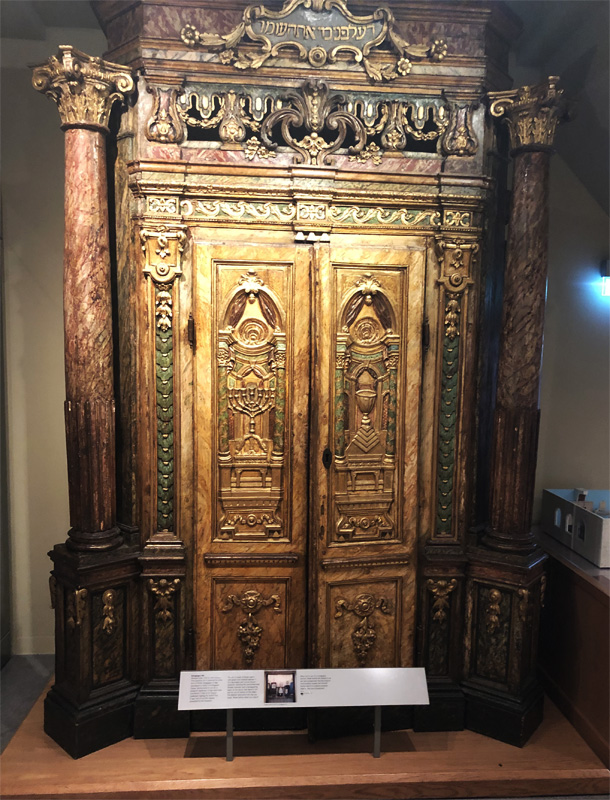 A Torah Ark, one of the exhibits at the Jewish Museum

Finally, I attended the ‘Open House Inter Faith Mitzvah Day’ event at the Jewish Museum in Camden. There were arts and crafts activities going on, including: making a friendship bracelet; engaging in Hebrew scribing; decorating Tzedakah (charity) boxes; and making challah bread (traditional plaited bread) for a local homeless shelter. I spent most of my visit there exploring the Museum’s collections and exhibitions including ‘Remembering the Kindertransport: 80 years on’ and ‘Roman Vishniac Rediscovered’. I also got to examine an array of real Jewish objects (including artifacts and ornaments) that really showcased the phenomenal craftsmanship of Jewish artisans.